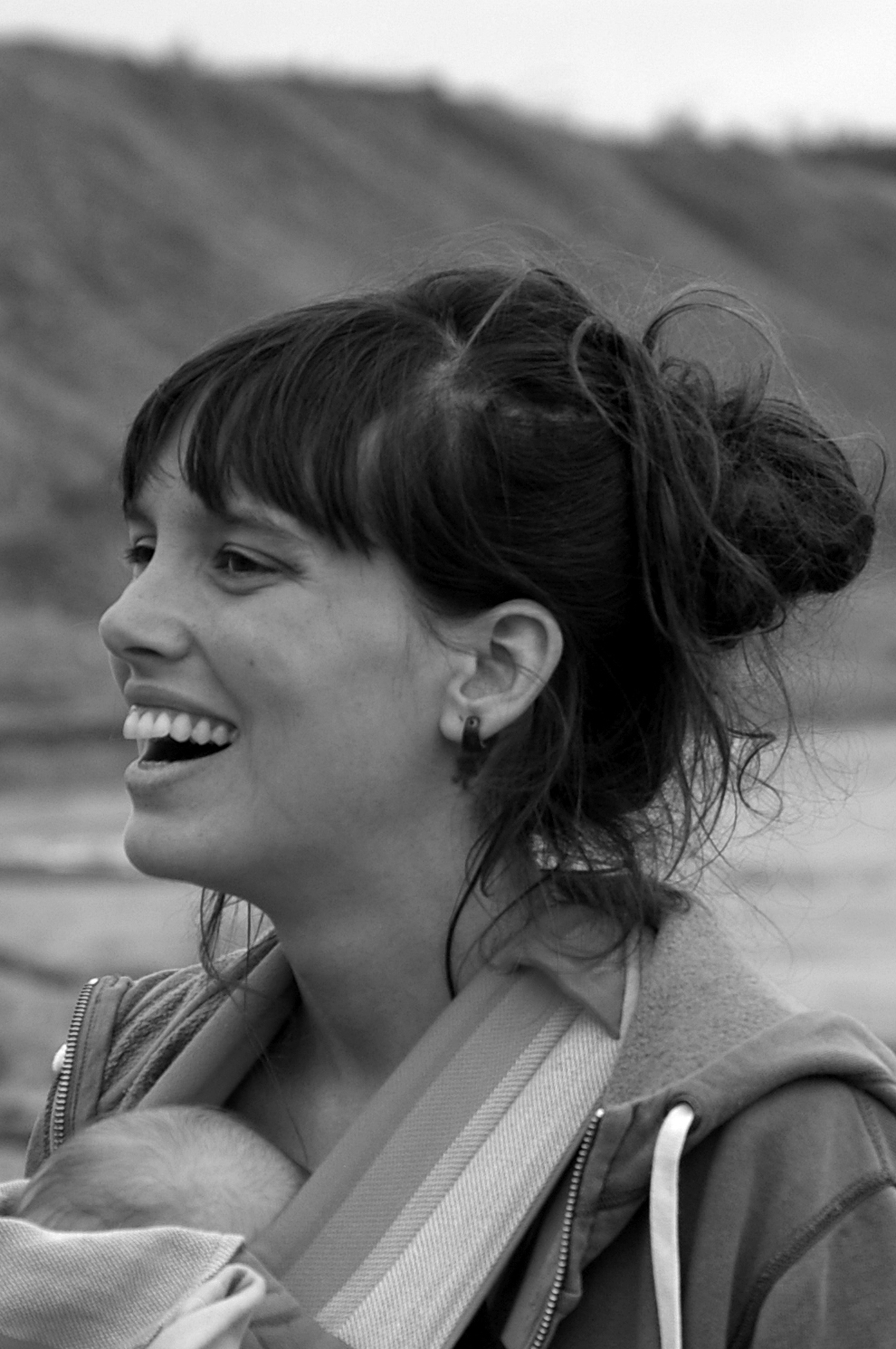 Born in Québec City, Orbie has lived in Cap d’Espoir, Gaspésie, since 2005. A self-learner, she has worked as an illustrator for over 10 years.
In 2014, she illustrated her first children’s book, “The little pig, the bicycle, and the moon” (Simon & Shuster), which won the Quebec Booksellers Prize, 0-5 Years, and has been translated in multiple countries across the globe. She has also worked on “Sloth at the Zoom” (Owl Kids Books) who was the honour book of the Blue Spruce Awards, and many other books in French, her mother tongue.
Her first book as author and illustrator,  “The Clothesline“, was published in October 2019 and just won the Peuplier Awards.
Since becoming a mom, Orbie has created multiple illustrated tools on motherhood which have become very popular, like the well-known “Baby Sign language poster”. Her own children are endless wells of inspiration for the webcomic she publishes on her blog.
For several years now, she has produced a cartoon published monthly in the Graffici newspaper.
She regularly visits various schools to offer workshops, sharing her passion of illustrating books and comics with students.
It’s a part of her job that she loves and which greatly inspires her.

This site is protected by wp-copyrightpro.com

This site is protected by WP-CopyRightPro